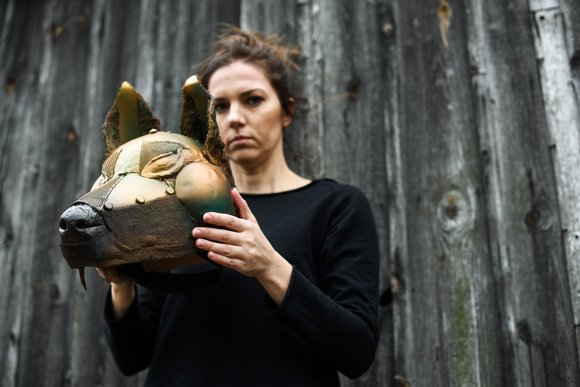 based on the novel by Władysław Reymont

Reymont's last book, Bunt (Revolt), published in 1924, describes a revolt by animals which take over their farm in order to introduce "equality". The revolt quickly degenerates into abuse and bloody terror.

The story was a metaphor for the Bolshevik Revolution of 1917 and was banned from 1945 to 1989 in communist Poland, along with George Orwell's similar novella, Animal Farm (published in Britain in 1945). It is unknown whether Orwell knew of Reymont's Revolt of over two decades earlier. Reymont's novel was reprinted in Poland in 2004.

Programme of the performance designed by Anita Wasik.